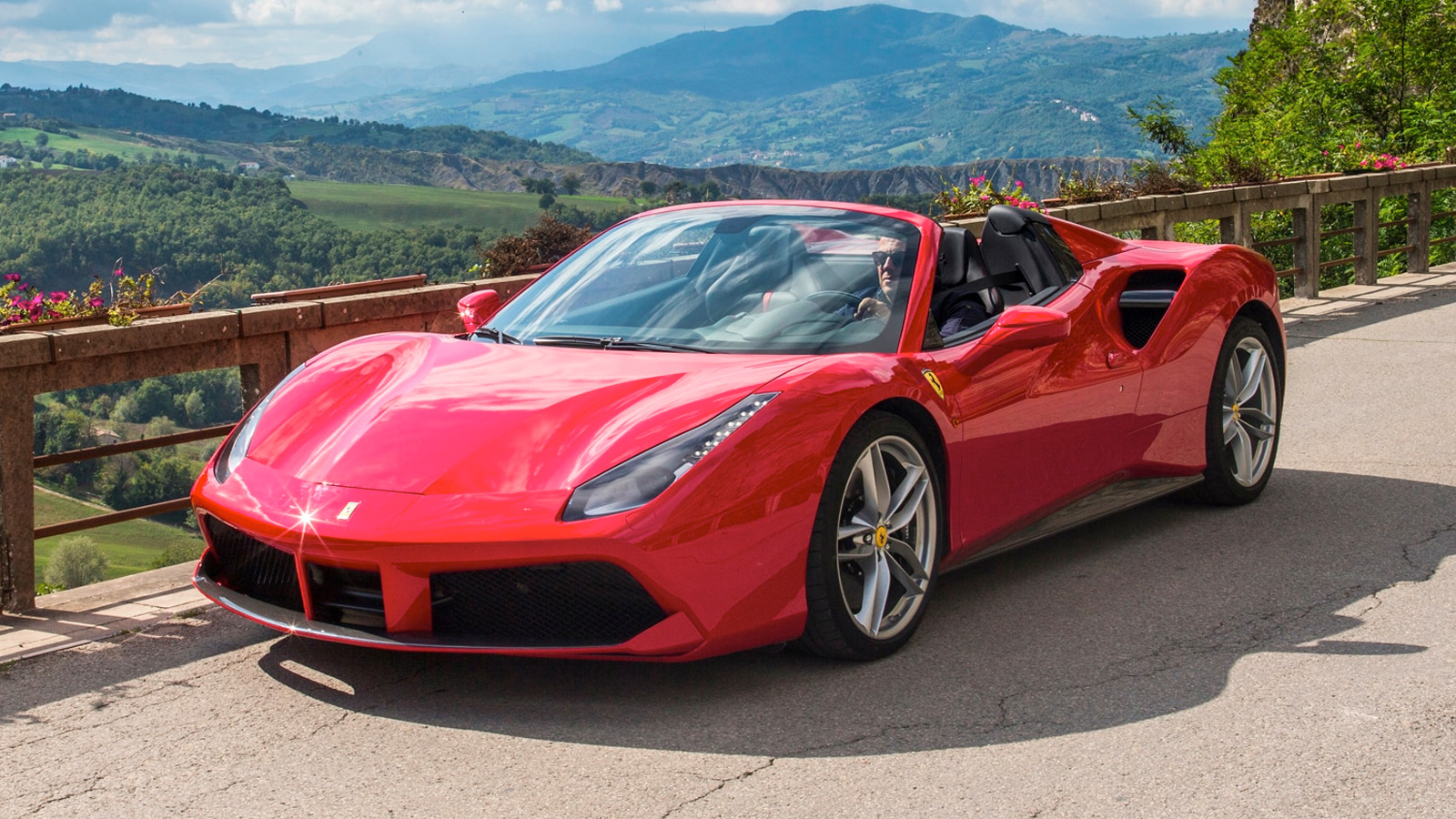 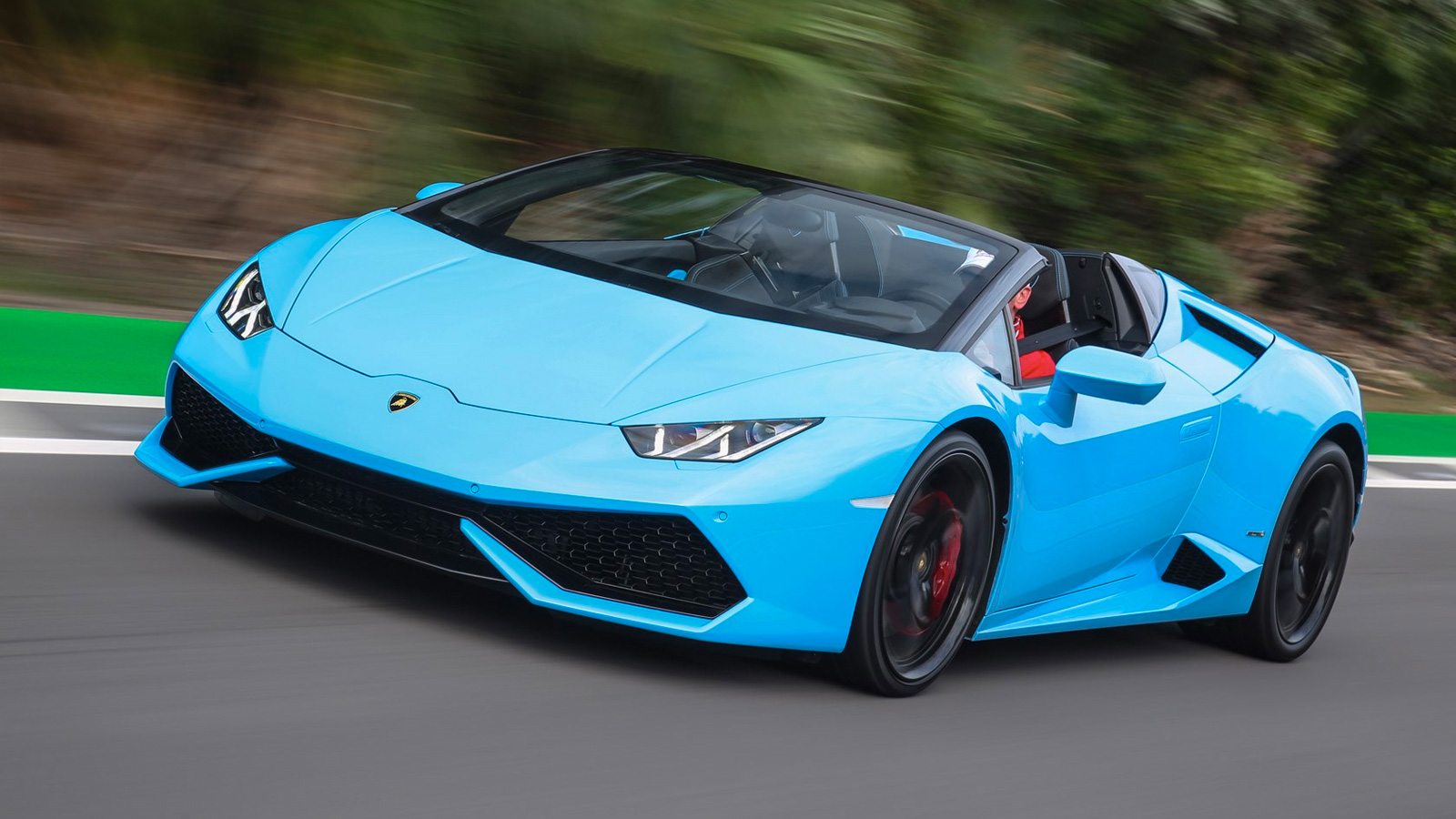 Both are fierce contenders: sharply-styled with lithe, sexy lines. The Lambo is perhaps a little more aggressive and angular in its styling (and is marginally smaller in every direction) and you’ll decide your favourite for yourself, but the added kudos of the legendary Ferrari badge is hard to deny.

These cars both arrived on UK shores for the first time in 2016. Both are mid-engined to create low centres of gravity, guaranteeing outstanding handling characteristics, and they’re lighter than their predecessors – the 458 Spider and Gallardo Spyder, respectively.

When it comes to pure performance, the Ferrari has the Lambo just about pipped. Under the bonnet is a twin-turbocharged, 3.9-litre V8 engine with 670bhp, producing 760Nm of torque at 3,000rpm. Powering the rear wheels, this translates to a 0-60mph dash that’s completed in exactly three seconds. While many turbocharged engines suffer characteristic ‘turbo-lag’ while the turbocharger kicks in, Ferrari engineers have created a workaround to reduce throttle response to just 0.8 seconds.

The Lamborghini’s engine, by contrast, is one for the purists: a screaming, 5.2-litre, naturally-aspirated V10 with 610bhp. The lack of a turbocharger means it produces its maximum torque of 560Nm much later in the rev range. This combined with permanent four-wheel drive means 0-60mph acceleration is almost equally rapid at 3.4 seconds, and the top speed is around 200mph.

Each of these roadsters was designed to offer the best of both worlds: roof-up good looks when the British weather dictates, and roof-down thrills that draw even more admiring glances. And both have met the brief impeccably, with folding roofs that disappear (and reappear) in under 20 seconds.

Inside, the Lamborghini’s interior is plusher and would certainly be the more comfortable to live with on a day-to-day basis, while the Ferrari’s is more focused on driving – the sat-nav screen even being placed within the instrument binnacle. That said, both have enormously comfortable seating for two and feel luxuriously put together.

We would say practicality has taken a back seat, but the back seats have actually had their place taken by the engines – meaning that the only luggage space can be found beneath the bonnet. There’s room for a couple of weekend bags in each – although the Ferrari’s is half the size again of the Lambo’s. If you’re planning a short break driving along on the Côte d’Azur, that might be what swings it in your favour.