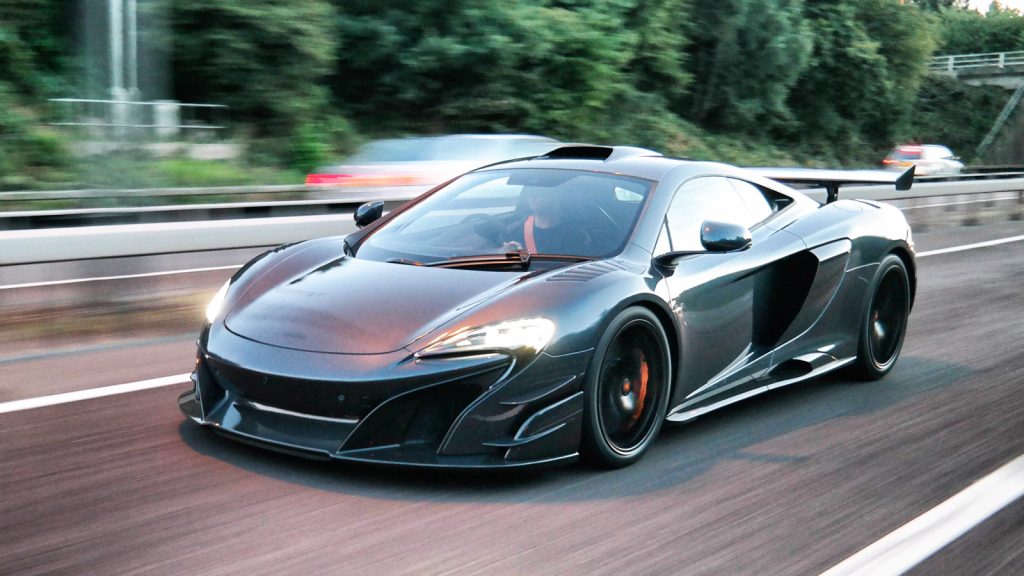 When McLaren established its Special Operations division in 2011, its original mission was to help extremely wealthy individuals create bespoke versions of their already expensive and limited exotic cars. This was all well and good, of course – and highly profitable – but fancy paint and new trim materials were never going to be the limit of its aspirations. The MSO HS (for High Sport), which applied P1 GTR components to a limited run of 675LTs, was indicative of its long-term goals.
The much admired M838T 3.8-litre V8 was tweaked, outputting a massive 688hp and 516lb ft at 7,000rpm. Along with the added power, the HS was put on a diet, stripping 19kg from its kerb weight. Carbon fibre has been used on the front bumper, splitter, side skirts, side intakes, rear diffuser and engine bay, as well as those dive planes up front. There is a race-inspired carbon fibre snorkel, the roof is… yep, you guessed it, and there is a massive GT3-spec active rear wing that helps generate 220kg of downforce at 150mph.

The McLaren 688 HS is delivered with full comprehensive insurance for two drivers as standard, and we can deliver / collect from any address. Our only prerequisite is that you are 25 years of age or over, and hold a valid driving licence.