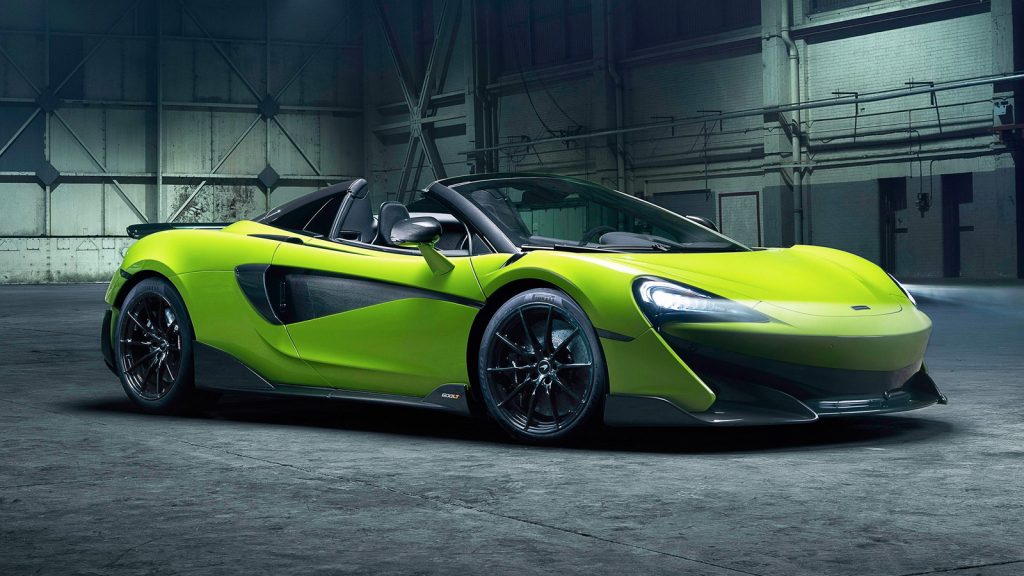 The fourth-ever Longtail from McLaren packs 592bhp and is 96 kilograms lighter than the standard 570S Coupe.
There’s a new range topper in McLaren’s Sports Series and it’s called the 600 Longtail. Slotting above the 570S upon which it’s based, the LT comes with a modified carbon fibre body extended by 7.3 centimetres compared to the donor car. Separating the new model furthermore are the top-exit tips belonging to an exhaust system shorter than that of the hardcore Senna.

While it make look familiar to fans of the Woking-based marque, the new 600LT has gone through quite a lot of changes to shave off a whopping 95.98 kilograms and enable a remarkable dry weight of just 1,247 kg. Bear in mind this figure is achieved after adding all the possible lightweight goodies developed by McLaren Special Operations. These include items such as a carbon fibre roof and vented front wings made from the same lightweight yet ultra-durable material.

When put side by side with the 570S, the 600LT stands out thanks to its extended front splitter, new side sills, and a longer diffuser at the back where there’s also a fixed wing to aid aerodynamics by increasing downforce. Some would say the Longtail is more of the same, but McLaren points out the new model has 23 percent newly developed parts judging by numbers.

The Mclaren 600LT Spider is delivered with full comprehensive insurance for two drivers as standard, and we can deliver / collect from any address. Our only prerequisite is that you are 25 years of age or over, and hold a valid driving licence.