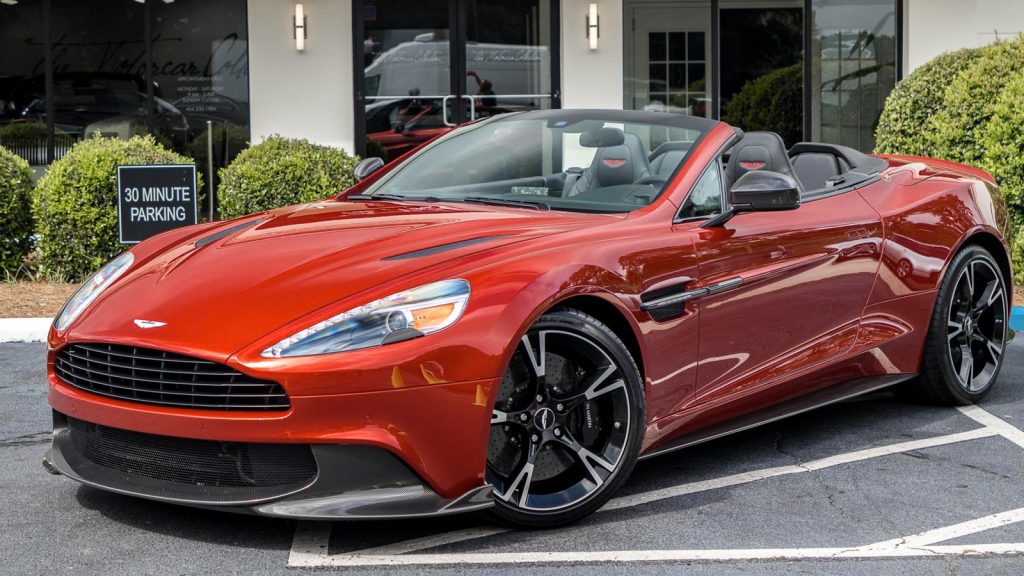 
The changes wrought to the Aston Martin Vanquish S coupé at the start of the year were also made to the soft-top, the Volante, at the same time.

But then the weather was cold, and now it is hot, so here we are, being given the opportunity to test the roofless Vanquish S for the first time.

Those changes, then. Last year, Aston Martin felt that although its super-GT car was plenty GT enough, it wasn’t super enough, especially given the arrival of the DB11, and the need for this car to stay on sale for two more years. So it turned up the Vanquish’s wick and called it the Vanquish S.

Power from the 5.9-litre (badged 6.0), naturally aspirated V12 went up from 565bhp to 592bhp (600PS), and although peak torque stayed the same, at 465lb ft, there was more of it, more of the time. More noise, too, thanks to a freer-flowing exhaust that was part of the reason for the extra power, although the induction system was also revised. We’ve been running a Vanquish S coupé for a few thousand miles and the sound is pretty sensational and rarely tiring.

Externally, the coupé received aerodynamic tweaks that made their way onto the Volante, too, although presumably they’ll have less effect here because the shape is less slippery overall. Where coupé and Volante differ most, though, is in their suspension. Both received tweaks, and coupé and convertible retain the same geometry, springs and anti-roll bars, but because of the Volante’s weight penalty, its adaptive dampers get their own rates to cope with the extra weight and its location.

From that perspective, the Volante is a pretty old-school convertible. In the mid-engined market, we’ve become accustomed to roof mechanisms adding no more than 50kg and feeling no discernible loss of structural rigidity as a result. That’s not really the Volante’s way. This is a front-engined, aluminium-structured car with +2 rear seats, which means you’re chopping a large area of structural stiffness-enhancing material when you lop off the back of it.

Then, in replacing it with a heavy electric opening/closing mechanism and thoroughly well-insulated fabric hood, you add 100kg or so, just where you don’t want it from a dynamic perspective – high.

The Aston Martin Vanquish S Volante is delivered with full comprehensive insurance for two drivers as standard, and we can deliver / collect from any address. Our only prerequisite is that you are 25 years of age or over, and hold a valid driving licence.