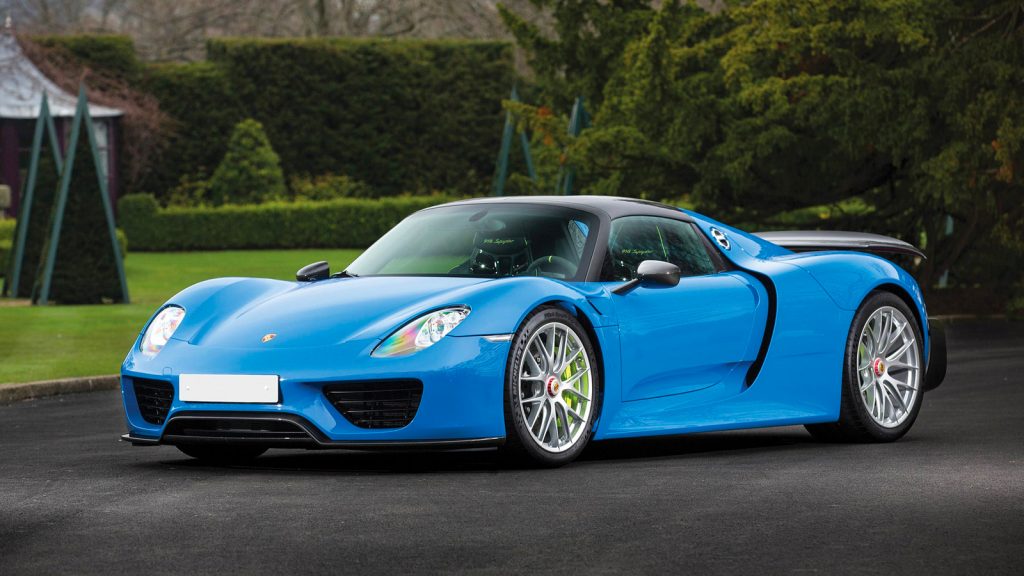 
The Porsche 918 Spyder is equipped with two electric motors, 156 bhp at the front and 129 bhp at the rear. It can be operated in all-electric mode for around 12 miles. When the electric power is added to the 608 bhp from the 4.6 Litre V8, a total power of 893 bhp is available.

Not too many years ago, electric and hybrid cars were regarded as being rather quirky, their main purpose being to deliver performance and practicality approaching that of a conventional internal combustion engine powered vehicle coupled with very low emission levels. They were therefore considered to be acceptable for use as “city cars” and favoured by those who placed more emphasis on their green credentials than on driver satisfaction and enjoyment. The Toyota Prius Hybrid first appeared twenty years ago and has been a popular eco-friendly choice ever since but small green cars such as these have never really caught the imagination of the wider motoring public, especially the true petrol-heads who invariably favour the sound of a screaming Ferrari V12 over the click and whine of an electric motor.

The Porsche 918 Spyder is delivered with full comprehensive insurance for two drivers as standard, and we can deliver / collect from any address. Our only prerequisite is that you are 25 years of age or over, and hold a valid driving licence.